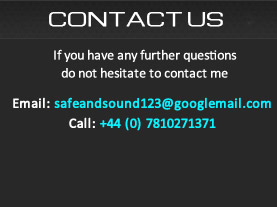 This topic will cover mastering for radio broadcasts and ask what a “radio ready” master is ?

Mastering for radio may mean specific tweaks on the end results that may not strictly be appropriate for other purposes. The goal of mastering is to provide a master which translates well. This goal has become more complex in modern times and can now be broken down into numerous sub headings. Let’s discuss that personal train of thought for a while :

Tonal translation relates to the play back tone of a master, i.e. one that is not too bass heavy or bass light, or one that is too bright or not bright enough, or conversely a harsh sounding master vs one lacking in presence. This is important as different sound systems are voiced differently due to their transducer (speaker) arrangement and physical size. We can easily understand that an in-store P.A. system is very different than a club sound system. As such an engineer must be able to ensure that any given mix will be  tonally balanced to sound as good as it can for either reproduction system. An in-store system might only comprise of a sole driver whereas a club system might involve 4 or more drivers covering the complete spectrum from deep sub bass to the highest highs.

This is a very complex issue in modern times and often the one where most compromise is born relative to a desired purpose. (i.e. promotional means, radio transmissions or a club situation) A good example is that listening to a cd in a car (with a large dynamic range) might mean some soft musical passages are obscured by road noise relative to chilling out at home with headphones on in a quiet room. So when mastering such considerations must be taken into account. As well as considering the perceived volumes for different systems some musicians may have a very clear taste or genre specific requirement. Some may want a blisteringly loud master and some favour free and largely untouched wide dynamics on their tracks. And of course many take the middle route as an optimal compromise between the 2. There is no right or wrong it is goal related.

As an aside it is quite common to hear a client say.. “I like to maintain the dynamics in my music as I am not a proponent of the loudness war as such. Although I do want the track to sound contemporary and be competitive with current releases.” That is squarely a contradiction. It is one or the other or an optimization somewhere in the middle and why it is very important that good communications occur prior to a mastering job commencing.

There are different reproduction systems (devices and sound systems) and also different mediums of “transmission”. These could be online internet radio, FM broadcast radio, any number of given media player / media distribution channels such as iTunes, Spotify, Windows media player, VLC player, Winamp etc. Some of these systems now employ volume normalization systems further complicating the goal.  You will be unable to know whether an end user has such volume normalization switched on or off. At this time they are user defined. (not least that at least one major players volume normalization is not very good ! )

We are humans, we are “same-same but different”, we have tastes and therefore it is normal to have preferences. As such an important aspect of mastering which may be divorced from the 3 sub headings above which are largely technical. A good mastering engineer will be able to incorporate and advise on whether such taste preference is likely to cause any negative technical consequences. This taste can be extended to genre based expectations… a good example would be that of a heavy drum and bass track…. it is likely to have heavier bass than an acoustic rock/folk track. Modern electronic dance genres tend to carry this additional bass weight.

File formats and lossy compression algorhythms can change the sound of music, this is a fact. A mastering engineer can now use various real time auditioning technologies to hear how these codecs and bit rates affect the sound of the audio and as such can optimize for a variety of audio codecs. A further example of being able to optimize translation and fidelity for different purposes.

I wanted to bring these issues up and then focus on the title of the entry as it goes some way to explain the potential need for specific versions of a master. On occasion I will converse with a producer/musician or label and they will know exactly where and how they are promoting their music. This can be advantageous to know about because for a very small nominal fee a master can be prepared and optimized to suit a more specific purpose.

Mastering for radio can mean a specific master which will sound better when broadcast. There are of course both online internet only stations and FM broadcasters. (most of which have an online stream of variable quality as per the codec bit rate and compression algorhythm) With this in mind I can optimize a master for this specific purpose. FM broadcasts have what is commonly known as broadcast processing. It typically amounts to 6 bands of compression (multi band compression), stereo width adjustments, AGC (automatic gain control), bandwidth limiting (between 50Hz and 15kHz) compression, limiting and possibly phase rotation and clipping.

Broadcast station processing is a very complex set of processes which are often tweaked by a broadcast engineer who will create a specific sound character for a station. The exact settings are usually a guarded secret for the big player commercial radio stations. Whilst all radio stations will sound a little different from each other it is typical that one side effect of broadcast processing for a significant number of commercial oriented stations will be a perceived volume increase.

This is largely achieved by splitting the audio spectrum into multiple bands and applying compression to each band depending on how much sonic energy is present per band. An engineer will set up user definable thresholds.  This, coupled with output limiting increases the perceived volume of the stations output. This is done to provide a louder audio signal and give the impression that the station is strong even in weaker reception areas. There is also an element of competitive volume as listeners may potentially stay tuned to what they perceived to be a louder clearer signal.

A master that is less limited and less loud with a wider dynamic range will survive station processing much better and the resultant transmission of your music will be less fatiguing and less distorted than music that is very loudly mastered. All of this and the perceived volume will be pretty much identical for a typical multi band compressed station output. So there are sonic benefits by mastering for radio if you know your music will be played on an FM radio transmission.

As well as mastering for radio it is also possible to optimize a master for an internet stream.. if you know an internet station is for example streaming a 128kbps mp3 stream then a master can be prepared which can be optimized to sound as clear as it can do given the low resolution lossy stream codec.

If you know your music is destined for broadcast then do consider mastering for radio and let me know in an email or by phone and we can discuss the best way to proceed.